Beyond the 2°C Goal: How to Decarbonise the EU Economy 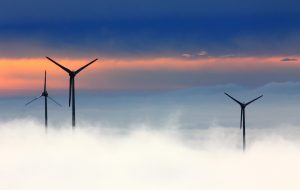 A pathway compatible with the Paris Agreement (PA) requires accelerated actions across all European Union (EU) countries compared to current policy trends. To be compatible with the PA, the EU power sector should be completely decarbonised by around 2040-2050, and go below zero in the second half of the century. Emissions in the transport sector will also need to rapidly decrease over time by increasing its reliance on clean electricity generation.

The long-term temperature goal of the PA is to hold global warming to well below 2°C, while pursuing efforts to limit the temperature increase even further to 1.5°C. To this end, global emissions will need to peak as soon as possible in order to achieve “a balance between anthropogenic emissions by sources and removals by sinks” in the second half of the century. Simply put, this effectively means 1.5°C needs to be limited no later than 2070.

Although it is completely clear what needs to be done at the global scale, it is more difficult to define goals and targets for each individual country. As such, what countries have so far promised to do in order to reduce their emissions, via submission of Nationally Determined Contributions (NDCs) to the UNFCCC, is  not in line with the PA’s long term goal. Therefore, there is an urgent need to enhance the level of ambition of current NDCs, based on best-available science. New research confirms the need for rapid decarbonisation in the short term, with improvements to energy efficiency playing a key role as an enabling factor for 1.5°C.

What Can the EU Do?

The COP21 RIPPLES project sheds light on how to enhance EU ambition to a level in line with the “beyond 2°C” scenario (i.e. global warming reaching around 1.75°C by 2100). In general, results from the COP21 RIPPLES Deliverable 2.3 show that accelerated action across all EU countries would be required in order to meet the beyond 2°C goal. However, current policy trends do not follow the pathway to this scenario, with overall CO2 emissions going below zero in the second half of the century. In order to get on track, policies and pledges must be enhanced, with increased ambition in key sectors.

Under a PA compatible pathway, renewables will need to dominate investments plans in the near future. Additional actions are also needed to drive the phase out existing fossil-fuel based power plants. Countries currently strongly reliant on coal, such as Poland, Germany and the Czech Republic, are recommended to quickly transform their power sector.

This transformation can appear challenging and will need support from clear policy signals that can foster the development of renewables and other low and/or negative emissions technologies. For example, results for Poland show that average annual investments under a beyond 2°C pathway would be twice as much as those required under a reference technology scenario (for the period 2014-2030).

The additional investments should be mainly targeted at renewable energy technologies. Renewables are expected to meet more than half of the electricity demand by 2050 in each EU member state, with the highest levels reached in Italy and Germany (with estimates of almost 100% renewable electricity).

A decarbonised power sector will come with significant co-benefits, including new and increased job opportunities, and improvements to air quality (Low Carbon Monitor 2016, IRENA 2016). It would also enable further emissions reductions in other sectors, such as transport.

Results from the COP21 RIPPLES project show that emissions from transport should decline in all EU member states under a PA compatible pathway should be driven mainly by increasing energy efficiency, and by increasing electrification rates.

Higher electrification rates would mean using more sustainable modes of transport (e.g. trains instead of cars) and the adoption of zero emission vehicles, such as electric or hydrogen fuel cell vehicles. Some EU countries are already moving in this direction. For example, in Germany, France and the UK, there are already plans to ban fossil fuels cars sales by 2040 or even earlier – but in order for success, other countries will need to follow.

Oil will conceivably continue to fuel other modes of transportation, including aviation, maritime and (to some extent) freight transport. Countries are likely to cut residual oil use via energy efficiency improvements (seen in Germany, Italy and Spain), or by replacing it with biofuels, such as in France and the Czech Republic.

Future technologies might accelerate the transition to low-carbon transport, which emphasises the need for additional research and investments in R&D. Additionally, countries may seek to enhance current policies by introducing carbon prices, fuel taxes or by promoting the diffusion of zero-emissions vehicles.

In Autumn 2018, the Facilitative “Talanoa” Dialogue will assess the collective ambition of NDCs and how to close the emissions gap to the 1.5°C goal. Following this process, governments will need to submit their revised, and more enhanced, NDCs by 2020. Results from the COP21 RIPPLES project can provide the necessary scientific input into this process. It is now time to raise ambition, as any further delay is something the world cannot afford.

Fabio Sferra is a Climate Policy Analyst at Climate Analytics.

Michiel Schaeffer is Director and Senior Scientist at Climate Analytics.