COP21 RIPPLES assessed and produced national and global transition pathways in order to support the assessment of major components of the global transformation required to be consistent with the Paris Agreement long term goals (this includes physical transformations, socio-economic implications and required international cooperation). Those pathways were used to feed a diverse set of policy analysis, eg, competitiveness, innovation, finance implications or inequalities, at different levels (from country-level, to EU, to global). The newly generated scenarios can be found online at the IIASA-hosted COP21 RIPPLES Scenario Explorer. These are: 19 national in-country scenarios in eight countries (China, France, Germany, UK, Italy, Poland, South Africa, Brazil) and 15 global scenarios with different modelling frameworks. 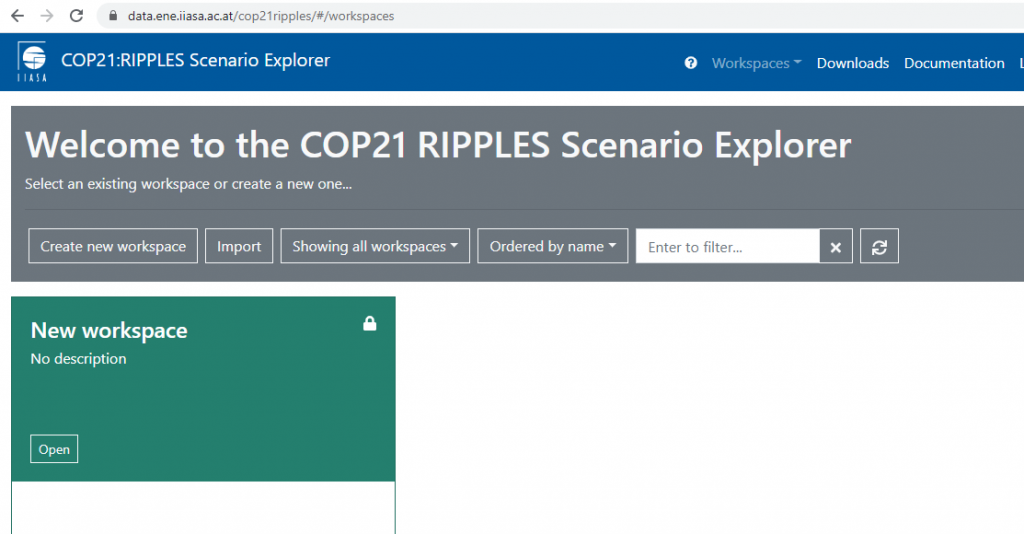 After the end of the project, we have produced a scenario explorer that shows selected modelling results of the newly created scenarios to facilitate dissemination and reuse of the work in subsequent research projects.

Scope and categories of scenarios

The focus of the COP21 RIPPLES analysis is on energy systems. Only CO2 energy-related emissions were reported or collected, excluding land use-related.

Global scenarios can be divided into three broad categories:

Paris compatibility of the “Current NDC” and “Enhanced NDC” global scenarios was defined by meeting a carbon budget in the range of 1.000-1.100 GtCO2 for energy CO2 emissions (rounded to nearest 50) for the 2010-2050 period. In “Current-NDCs”, the global emissions level in 2030 (CO2-energy emissions only) is between 36 and 40 GtCO2, which represents the level of global ambition of the set of NDCs submitted to the UNFCCC. The global “Current NDC” scenarios do not represent individual NDCs, but the global emissions level estimated to be reached if all NDCs are met. According to IPCC SR15, such level of emissions in 2030 is out-of-the range for “no- and low-overshoot” 1.5°C scenarios.

The development of national scenarios and their integration into national policy discussions has been provided by local research institutions. Scenario characterisation has not been harmonised across the board. Instead each team has developed the set of scenarios that could best respond to the current domestic policy discussions. They all generally include an NDC scenario which represents a pathway where the country implements the targets and strategies included in its current NDC up to 2030.

The scenario data can also be downloaded from Zenodo